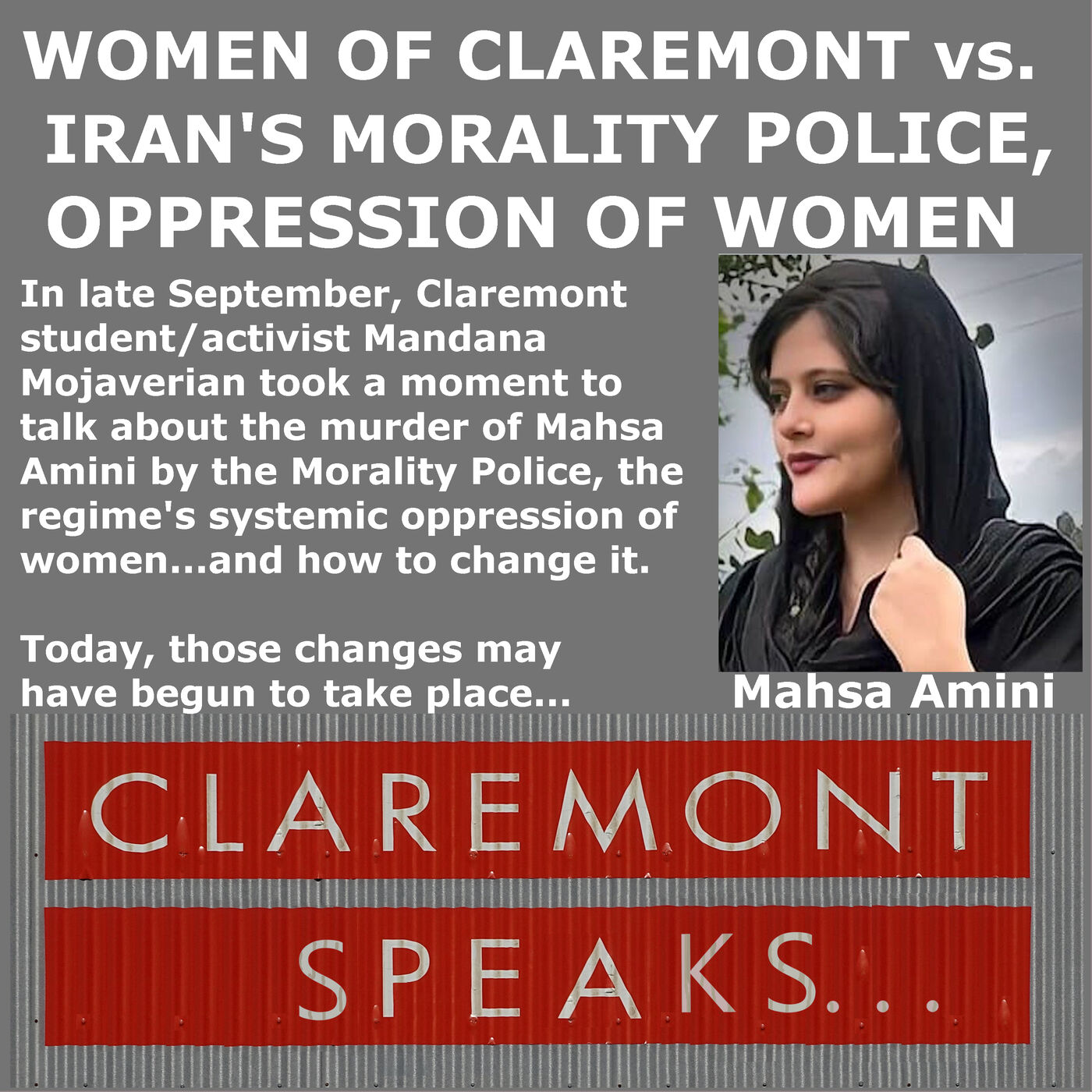 During a vocal civil demonstration in late September, a group of Iranian-American women sought to raise awareness of the fate of Mahsa Amini, a 22-year old Iranian woman that was beaten into a coma, and later death, by the Iranian government's "Morality Police."  The ironically named enforcement group took exception to how Amini was wearing a head scarf...with tragic results.

Mandana Mojaverian, a Claremont resident, student and activist, took a few minutes out to talk to Claremont Speaks and explain what exactly happened, how things really are in Iran, what should be done about it, where NOT to find the truth and who should - and should not - get involved.  She also recounts her journey to Claremont and some of the unexpected cultural differences she encountered along the way.

Mandana's group's protest in September, along with many, many across the US and the world, recently appear to have been quite effective.  The Wall Street Journal reported on December 4, 2022, that Iran’s Attorney General, Mohammad Jafar Montazeri, stated that Iran had "disbanded its so-called morality police and is considering altering the requirement that women cover their heads in public."  Mandana cautioned against too readily accepting that said by US news sources, but this seems to be generally corroborated by other sources.

To Mandana and all those who voiced their opposition to Iran's actions, this shows that the combination of free speech - and the willingness to "say something" - can contribute to real change.

You are invited and encouraged to return to Claremont Speaks any time.