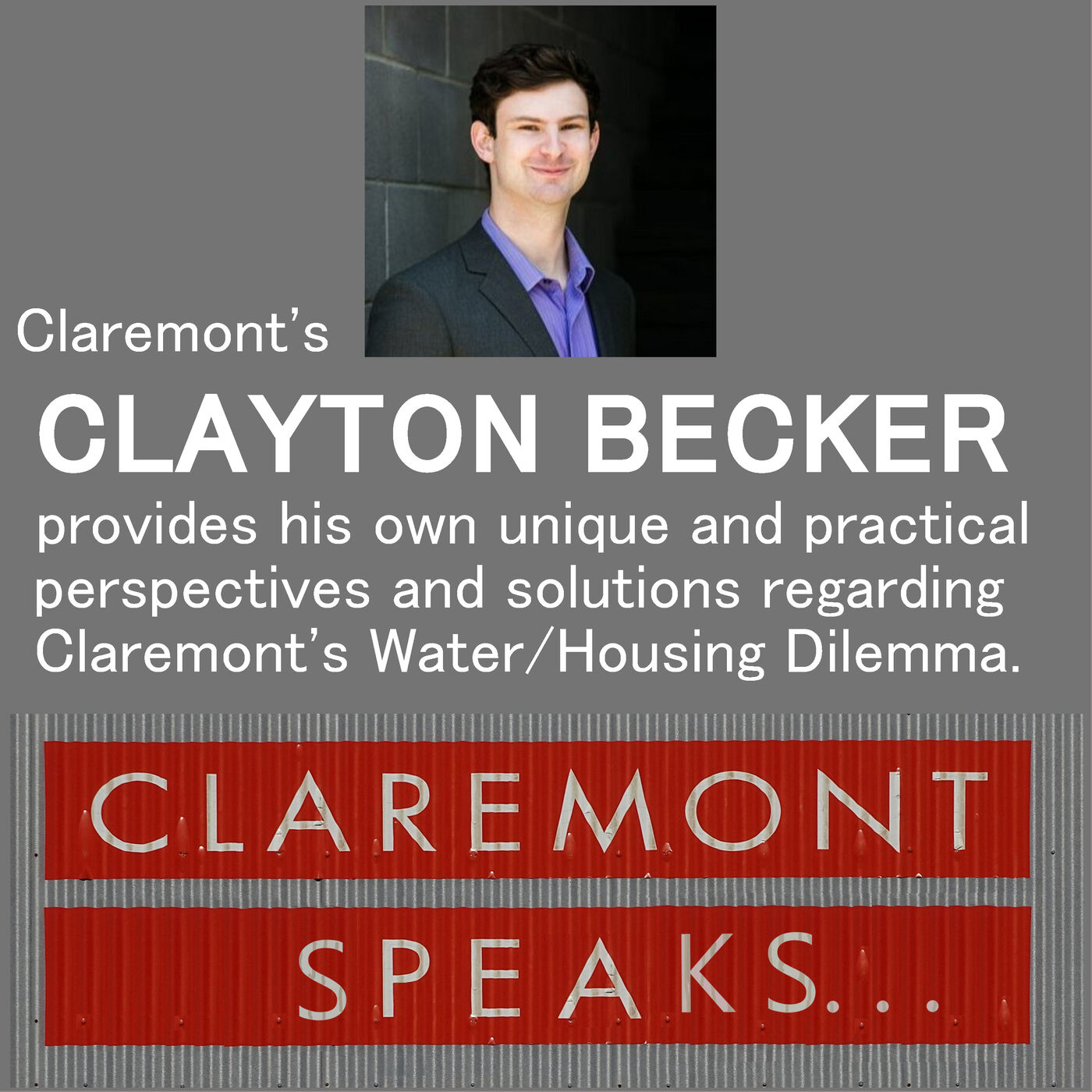 Clayton Becker has accomplished more than most in the years since graduating from Claremont High School, but to some, locally, he may be best known for his thoughtful, strong and data-backed responses and letters in the Claremont Courier.  Recently, a column by Pomona College Professor Stephen Marks regarding water conservation prompted Clayton to submit his own insightful, circumspect and somewhat pointed response.

Reading this, Claremont Speaks immediately invited Clayton to expand on his points to thoroughly explain and clarify his points, and really give Claremont, analogously, the rest of the story.  Clayton provided his own fresh insights into Claremont's Housing/Water considerations, including recommendations for actions everyone can take, right now and in the future, to keep the water situation all of Southern California faces from unfavorably altering our city.  Clayton delivers an educated, informative and yet entertaining interview  - a "must-listen" for anyone living/owning in Claremont - now and for the foreseeable future, and is concerned with whether the limited water supply will affect the housing that's here now and yet to be built.

Clayton Becker graduated from Claremont High School in 2016 and went straight to Columbia University in NYC, where he earned his Bachelor's Degrees in Economics and Political Science in Columbia's Dual BA program, both in NYC and France, Graduating Magna Cum Laude.  He is now pursuing his PhD in Political Science at UCLA.   For this podcast, however, Clayton can truly be considered "a student of Claremont."  He grew up here and attended CUSD schools, met his fiancé here, and still calls Claremont home even while living in LA.  At Columbia, his papers focused on and/or used Claremont as the study subject, focusing on the effects of districting and other topics.  For those reasons and more, he should be regarded as one who truly understands Claremont, inarguably better than most.

Resources mentioned during the podcast:

Arbitrary Lines: How Zoning Broke the American City and How to Fix It
https://www.amazon.com/Arbitrary-Lines-Zoning-Broke-American/dp/1642832545