Never Give Up; Claremont Mayor Pro Tem Ed Reece recounts his life's many hurdles, success, and events that shaped who he is today. 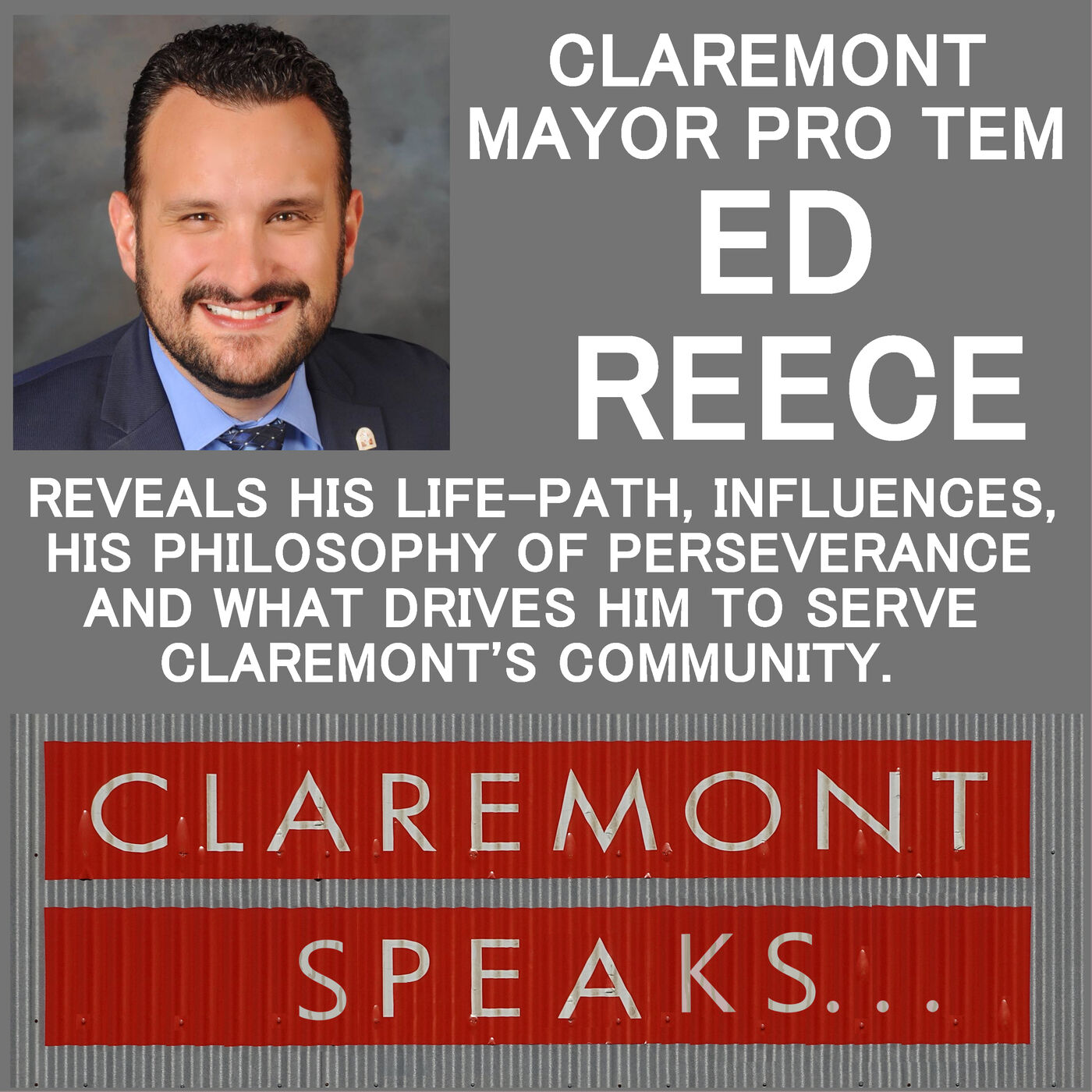 Claremont's Mayor Pro Tem, Ed Reece is one of the city's core group of people who are focused on, and dedicated to service to the community.   In doing so, Ed is visible and known to the community through his past work on various committees and commissions, and over the last four years as a member of the City Council.

Most who know Ed Reece now are unaware of the full measure of the unplanned life-experiences and challenges, and the choices he faced and made along the way.  In this very personal and open interview, Ed traces his path and details his life-story, revealing the many obstacles - some life-threatening - that he's overcome along the way - that have influenced and shaped the tenacious public servant who is seen at nearly every council meeting, event, holiday celebration and city function as well as a full schedule of work behind the scenes.

Ed's primary, if not sole objective for this interview was to let the listener get to know him,  the "Real Ed Reece" that maybe not everyone fully does.  We put aside the issues of the Council, the City, and the upcoming campaign for office, for now, to focus on that alone.  After enjoying this episode, you'll agree that objective was met and doubly surpassed, and in doing so, set the bar considerably higher for similar interviews to come.   Enjoy Ed's story, and then be sure to thank him for telling it on Claremont Speaks.