Random Shorts, 2022 - Miguel Farer, Competitive Cyclist, talks about life, high-end bikes, racing with the champions, and what it takes to compete. 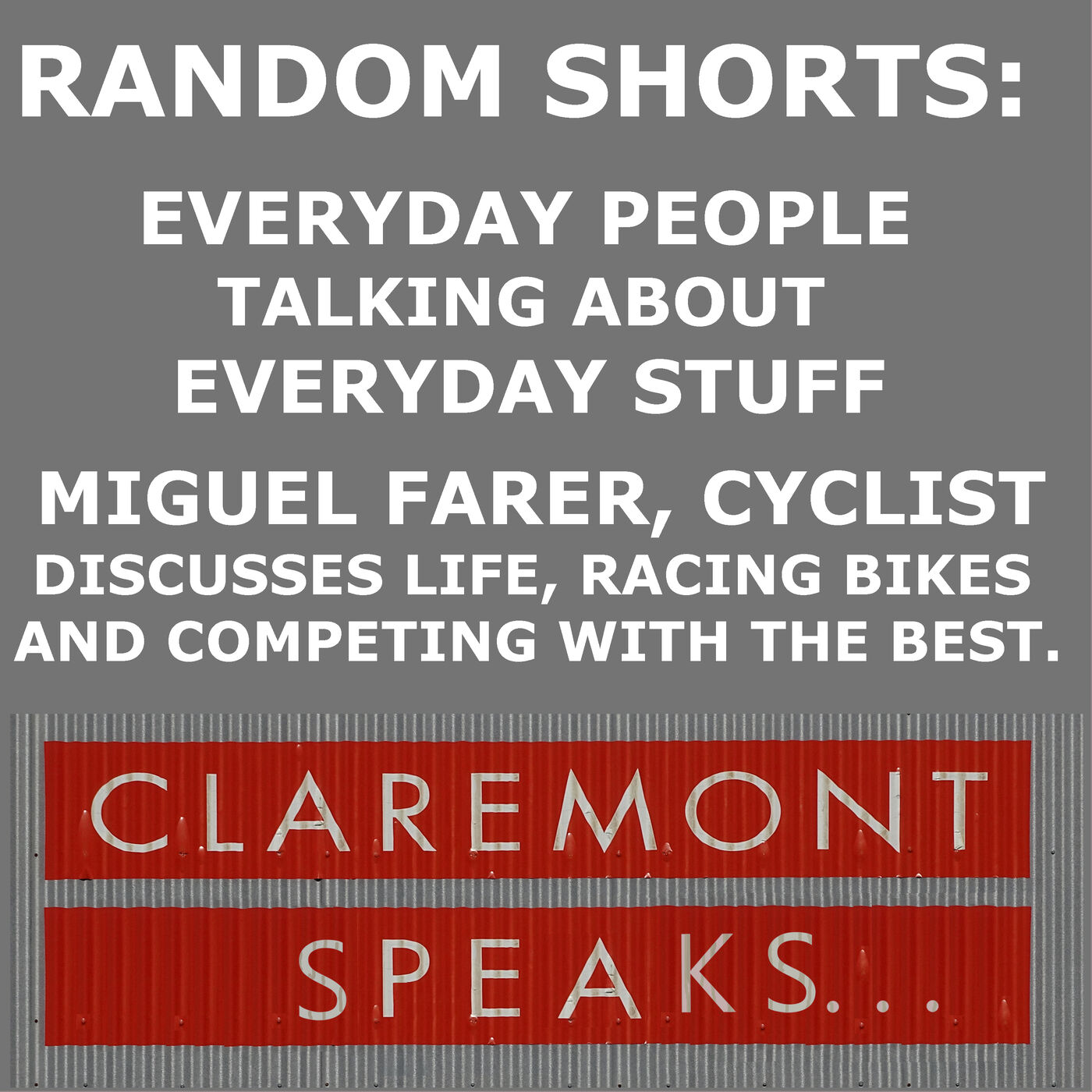 One warm evening, during the summer concert series, when most everyone else was not so interested, Claremont resident and experienced competitive cyclist Miguel Farer was kind enough to take the microphone and talk with Claremont Speaks' undaunted roving interviewer.  His interview deserves to be enjoyed, so it is released now among the Random Shorts series.

As a very nice surprise, Miguel spoke about his long and interesting career as a top-rated cyclist - competing with Lance Armstrong and Greg LeMonde.  He highlighted some of his experiences, interactions with the GoaTs, and talked about the incredible bikes he's ridden - all while relaxing and enjoying a root beer float out in front of Bert & Rocky's ice cream emporium.

MIguel's short interview - edited for sound quality improvement and filler-word reduction, but little else - is effortlessly entertaining, giving a little peek into a sport and a culture not everyone sees from the inside, as Miguel had done for decades.  Miguel's discussion spotlights a career of cycling most only aspire to, and hints that in Claremont, you never really know who you might be sitting next to on a street corner bench.

This interview is just the kind of rough gem that our mobile agent is hoping to find when walking around Claremont, looking like a microphone-laden nomad.  If and when you spot him at the local concerts and other events, don't hesitate to step up, extend a hand, and ask for the opportunity to tell Claremont and the world whatever you've always wanted to say.